The Story of A&G Trucking 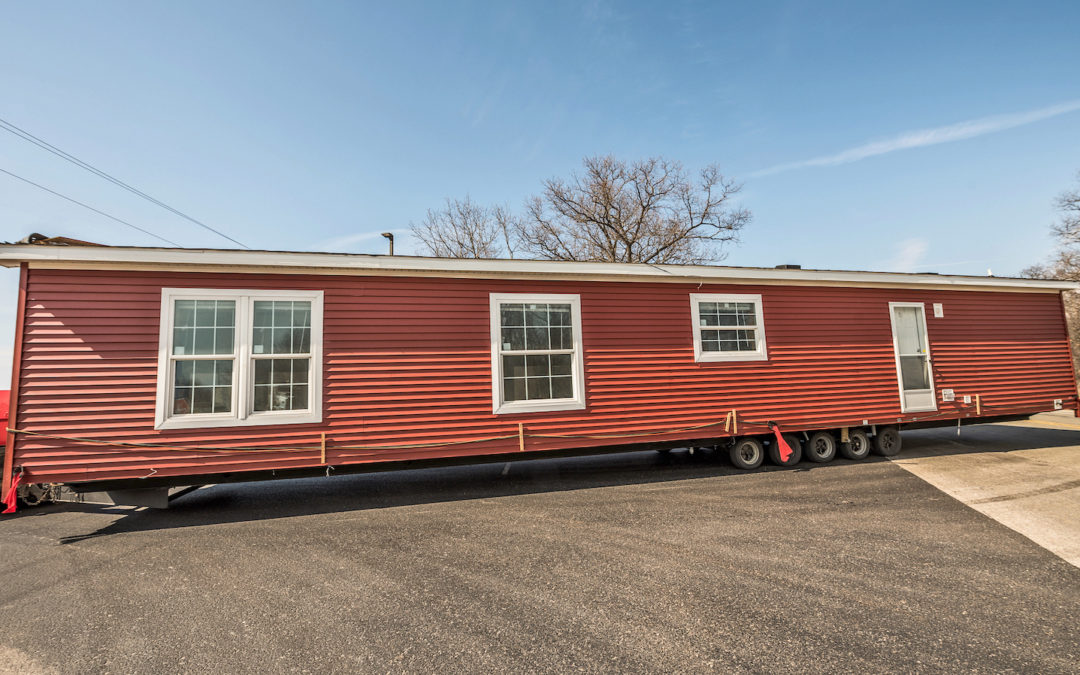 Businesses, ideas, and inventions usually sprout from the minds of entrepreneurs who see a need or problem and find a way to fix or improve it. Greg DeLine has a unique ability to do just that. He is a brilliant entrepreneur who has a rare talent to see problems around him and turn them into successful businesses. He calls it his God-given sixth sense and his God-given epiphanies.

Over 25 years ago, Greg saw a huge problem occurring at his 5 retail manufactured and modular sales centers in Mid-Missouri. He was selling hundreds of homes each year, providing housing for families all over Missouri. The problem he saw was with the delivery of the homes from the manufacturers he had purchased. He watched the homes come in damaged, and later than their proposed delivery dates, which was causing a myriad of problems.

Greg decided if he could have control over what condition the homes came in and when they arrived, he could solve so many issues, saving both time and money, and avoiding the headaches that the delays and damaged homes were causing. Since he experienced the need for good, reliable transportation for his homes firsthand an idea came to mind. If he could do it himself, he could control the timing and condition of the homes transported.

This was the birth of his own trucking company and the inception of A&G Commercial Trucking now named GKD Management, LP dba A&G Commercial Trucking, Inc. (GKD), along with several other subsidiaries and divisions. As his own form of shipping, Greg was able to offer improved shipping to other manufacturers and retailers having the same issues. His goal was to have ‘hassle-free transportation.’ He created a business model, and repeated it over and over, as he absorbed other smaller trucking companies and continued to build GKD into what it is now where he is still using the same principles.

Today, GKD – better known as ‘A&G Trucking’ or ‘A&G’ – transports from manufacturer (wholesaler) to dealer (retailer) and is the liaison or ‘middle-man’ between the two. They haul manufactured and modular homes all over the Midwest, Eastern and Southern states predominantly. There are currently eleven terminal locations throughout Tennessee, Texas, Alabama, Georgia, South Carolina and growing with approx. 250+ trucks on the road at any given moment. Their drivers travel almost 15,000,000 – 20,000,000 miles annually.

Through the years, it has grown substantially, and A&G is now the primary carrier of Clayton Homes nationally. A&G hauls thousands of homes all over to retailers yearly for other manufacturers, in addition to Clayton Homes. A&G is comprised of approximately 250-300 drivers who are independent contractors, some are owner operators, and each are thought to be family. The company operates with a Driver Seat policy and mentality that no one is ever alone or on their own in the truck they’re driving. They have support from the top to the bottom in the company, down to the driver’s seat they’re in, to help them carry out their load/trip. Regulated by the Department of Transportation (DOT) and Federal Motor Carrier Safety Administration (FMCSA), compliance and safety are key components of emphasis in the company. Considered ‘over-size’ loads, each state issues permits for the routes that the drivers are to follow.

Furthermore, what helps the cohesive continued success of A&G is that it is made up of a network of long-term staff, most who have been there since day one, and if they haven’t, they have been there for an average of 20 years or more with the company. What started out as a small family of A&G has grown into a rather large one now as big as over 300 combined drivers and terminal staff. And the small business, ‘mom-and-pop,’ model it started out as still operates as such even through its growth that helps its integrity, functionality and success.

A phrase that Greg filters into his companies, and in his trucking company especially, is to, ‘take the high road, work harder than anybody else and stick together.’ He exemplifies this daily. Greg is always just a call away to this day. His cell phone is given to everyone, and he is the first to jump in and make sure the goal he set out to achieve in ‘hassle-free transportation’ is met for both manufacturers and retailers A&G is hauling homes for each week.

It is imperative to Greg that the trucking company he built represents who he is and how he operates with tenacity, resourcefulness, hard-work and commitment to help others find a way in any situation. A&G does that each and every mile their drivers travel, as they strive to deliver the same quality and caliber of the homes they are hauling. It is just as Greg envisioned it almost 30 years ago, and with many miles of success they have traveled since, hassle-free and superior satisfaction from the manufacturers and retailers A&G hauls to and from.

You’ll often hear Greg say, ‘Never Miss an Opportunity,’ A&G is a prime example of him grabbing the opportunity he saw in the flawed shipping he experienced and building his own form of transportation that has become a major player carved into the manufactured and modular housing freight market.