How I Found Motivation After a Business Setback 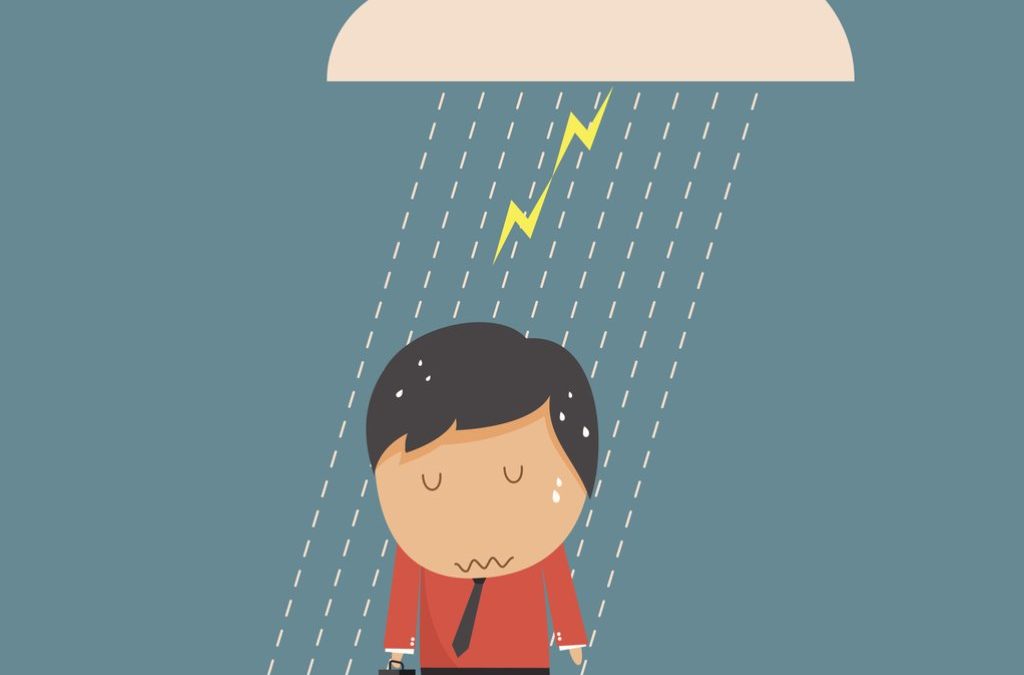 What springs to mind when you think about small business failure? As an entrepreneur, you probably imagine losing your business — but failure comes in many shapes and sizes.

Case in point: None of the companies I founded or owned financially floundered. Not one. Does that mean I never experienced what could be considered failure? Of course not. However, the majority of my business setbacks occurred in the form of mistakes, miscalculations, and misunderstandings. And some of them were pretty devastating, even though they didn’t bring my organization to a standstill.

The bottom line is this: You’re going to fail at some point in your career as a go-getting dreamer. It’s whether or not you learn how to overcome feelings of failure that will differentiate you from the pack.

Why Some Entrepreneurs Have Trouble Bouncing Back From Failure

People who launch startups on a shoestring and a prayer tend to possess certain characteristics, including a decent amount of confidence and inherent intensity. Unfortunately, pride and passion can quickly lead to paralysis when things go awry. Why? The fear of failure routinely causes entrepreneurs to shut down when they should act.

Throughout my professional life, I’ve worried about one specific kind of small business failure in particular: Failing my employees and clients. That fear motivated me to make a commitment to everyone I served, which might be the reason some team members have been with me for more than two decades. However, I had to learn the hard way that even though I tried to do my best for everyone around me, I was capable of making gaffes.

One mistake earlier in my career gave me a significant black eye. I learned a huge lesson from the experience nonetheless. Basically, you have to accept everything that happens, sometimes publicly and always privately. It’s better to admit that you understand your mistake and make amends. Plus, showing humility opens the door to explaining how you’ll be more diligent in the future.

Why did my misstep occur? I’m not a details person, and I let my guard down. But I’m certainly not alone: Entrepreneurs everywhere face the same challenge and have no doubt made similar judgment errors.

Investopedia states that weak managerial decisions and faulty business planning are two of the biggest reasons companies never get off the ground. Similarly, a CB Insights poll shows that 23% of business failures can be traced back to having the wrong people in certain seats. Today, I’ve put airtight processes into place — and vetted employees — to ensure this issue will never haunt me again.

Bouncing Back From Failure (and Coming Out Stronger)

By now, you’ve probably received the message that if you open shop, you’re going to face some kind of small business failure. Sometimes, mistakes will be blissfully small; other times, you might carry a blunder’s sting with you for months. Regardless, I encourage you to take the following steps in your effort to learn how to overcome business failure:

1. Recognize that you’re not alone. We’re all making mistakes out here. If starting a business were easy, everyone would do it. You must have faith in yourself and lean on others when things go awry. Accept that you’re not perfect. As a colleague once told me, shoot for 90% to 95% instead of 100%. That’s what I do, and it keeps me from wallowing in misery or becoming too critical of myself.

2. Appreciate that everything rolls downhill — and straight to you. At the end of the day, you’re the CEO or co-owner of your business. And as an entrepreneur, you have to carry the load and be everything from the chief cook to the bottle washer in times of need. In other words, everyone relies on you and watches what you’re doing. With that in mind, make choices based on what you learn after you’ve failed. Own what happened — even if it wasn’t entirely your fault.

3. Never give in to fear. At his 1933 inaugural address, former President Franklin D. Roosevelt gave an impassioned speech that remains one of the most quoted in history. One line, “The only thing we have to fear is fear itself,” should resonate with you when you stumble. Roosevelt’s words are a good reminder to get back on the horse that bucked you off and learn something from your bruises. If you stop in the middle of the road, you’ll never recover momentum.

4. Reframe failures as opportunities. You might have trouble gaining perspective when you’re smack dab in the middle of business setbacks. After the first round of emotions passes, however, try to process what happened objectively. See whether the mistake could become a springboard for future successes. Let’s say your new product tanked, for example. Does that mean the expensive research and development was for nothing? Not necessarily. Instead of feeling victimized, see whether you can reclaim traction by tweaking the product’s features or marketing it to a different audience.

5. See failures as temporary bumps instead of permanent graves. Did you know that plenty of investors regularly back entrepreneurs who have fails in their portfolios? They believe in these innovators’ capacities to come back stronger because they already know how to handle (and prevent) failure in their business. Stop telling yourself to quit because things have become difficult or the future seems cloudy. Yes, only 50% of businesses live past the five-year mark, but that doesn’t mean you shouldn’t keep grasping for the brass ring.

No entrepreneur hopes for his or her small business to fail, but every entrepreneur will face tough times sooner or later. Mentally prepare yourself to rebound after small losses and macro mistakes. When you do, you’ll improve your ability to lead and motivate. I’m also here to help you and your organization determine what you can learn from prior business setbacks. Let’s connect: Just fill out the form on my homepage or reach out to me on LinkedIn.